The site visit is always a mentor and student favorite. At this week’s meeting, we met at Power’s site office in Streeterville before heading out to see two of their sites on Northwestern’s downtown campus.

We started out learning about the projects.

The first was the new Rehabilitation Institute of Chicago (RIC) building. It’s a $550 million modern behemoth that is slated to replace the existing RIC building when it opens in early 2017. The programming includes a mix of inpatient and outpatient facilities, and includes a first-of-its-kind “ability lab” where patients can work on physical rehabilitation.

The second site is a contract for structural foundation work and below ground basement space. In the future, the site will hold a biomedical research facility, also part of Northwestern’s growing downtown medical research campus. 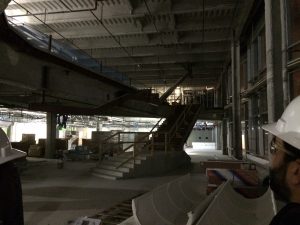 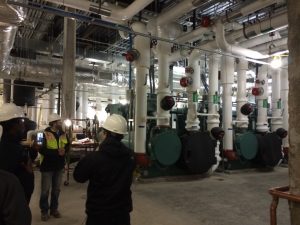 Industrial sized chillers on a mechanical floor in the RIC building. 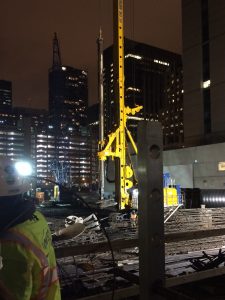 Drilling a 10-foot wide caisson hole. A caisson acts as a big column in a building foundation. For this site, these vary in diameter from 2.5 to 10 feet and go down 100+ feet into the earth.

Happy holidays and happy new year to everyone! See you in 2016!