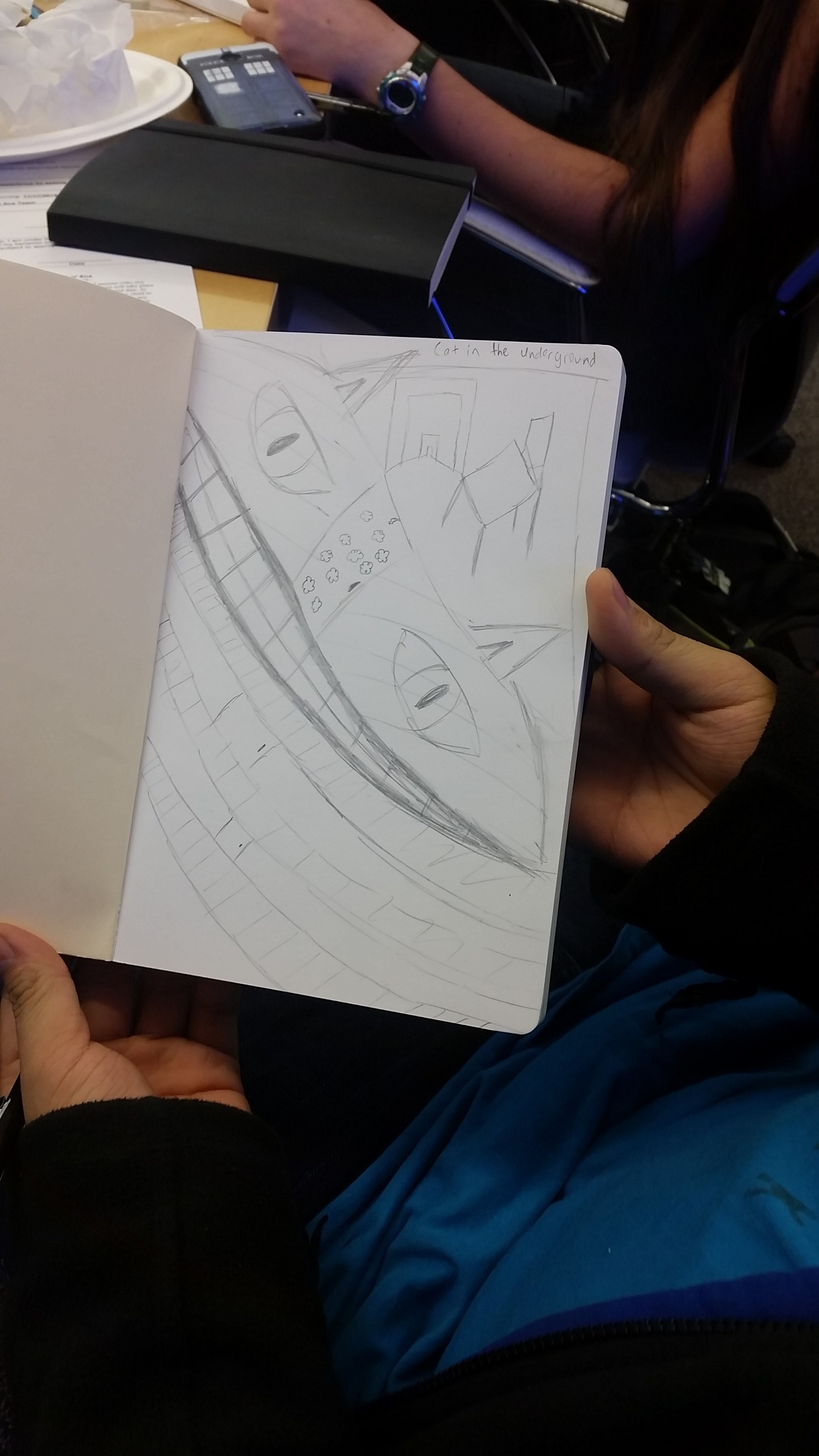 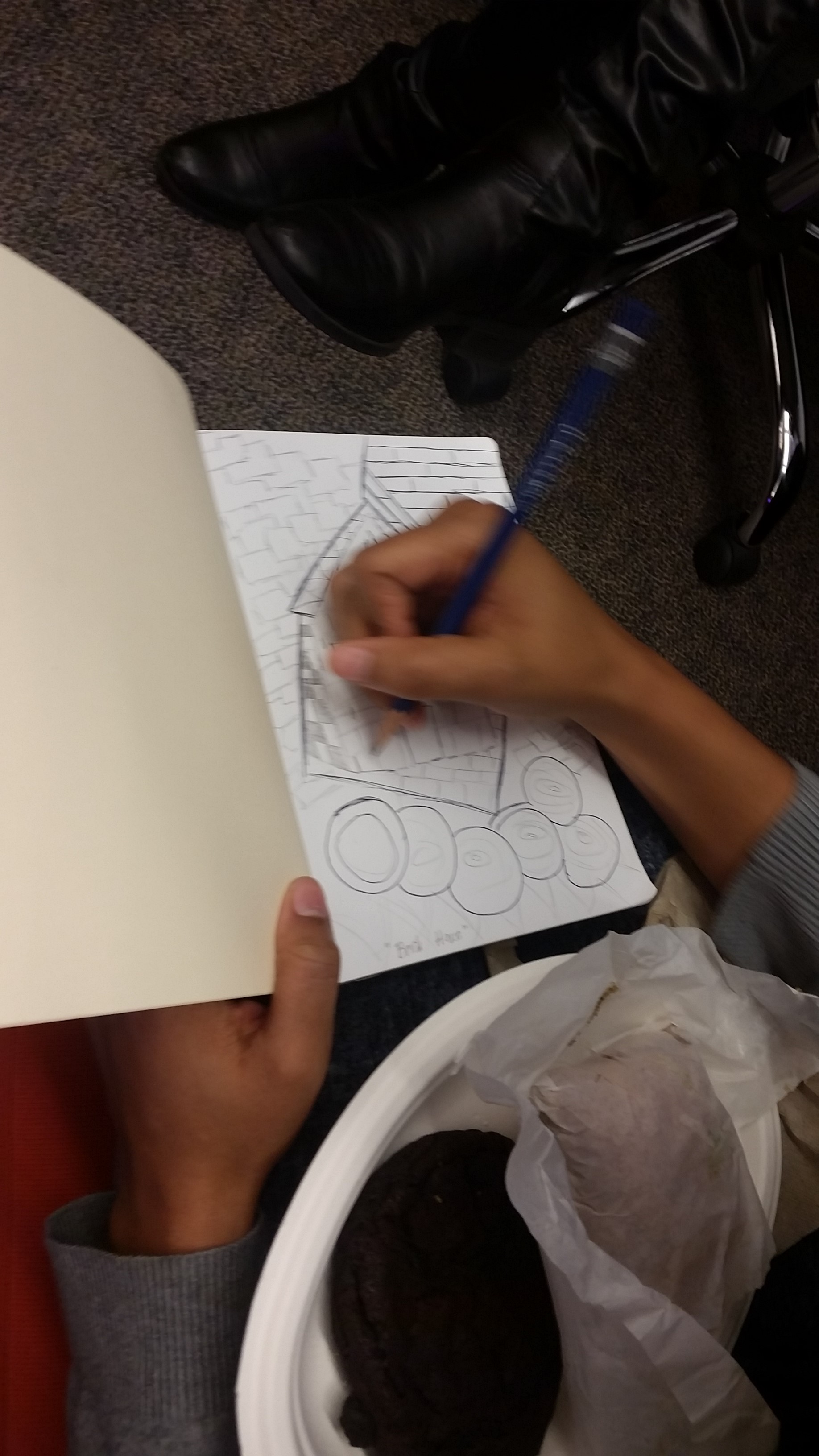 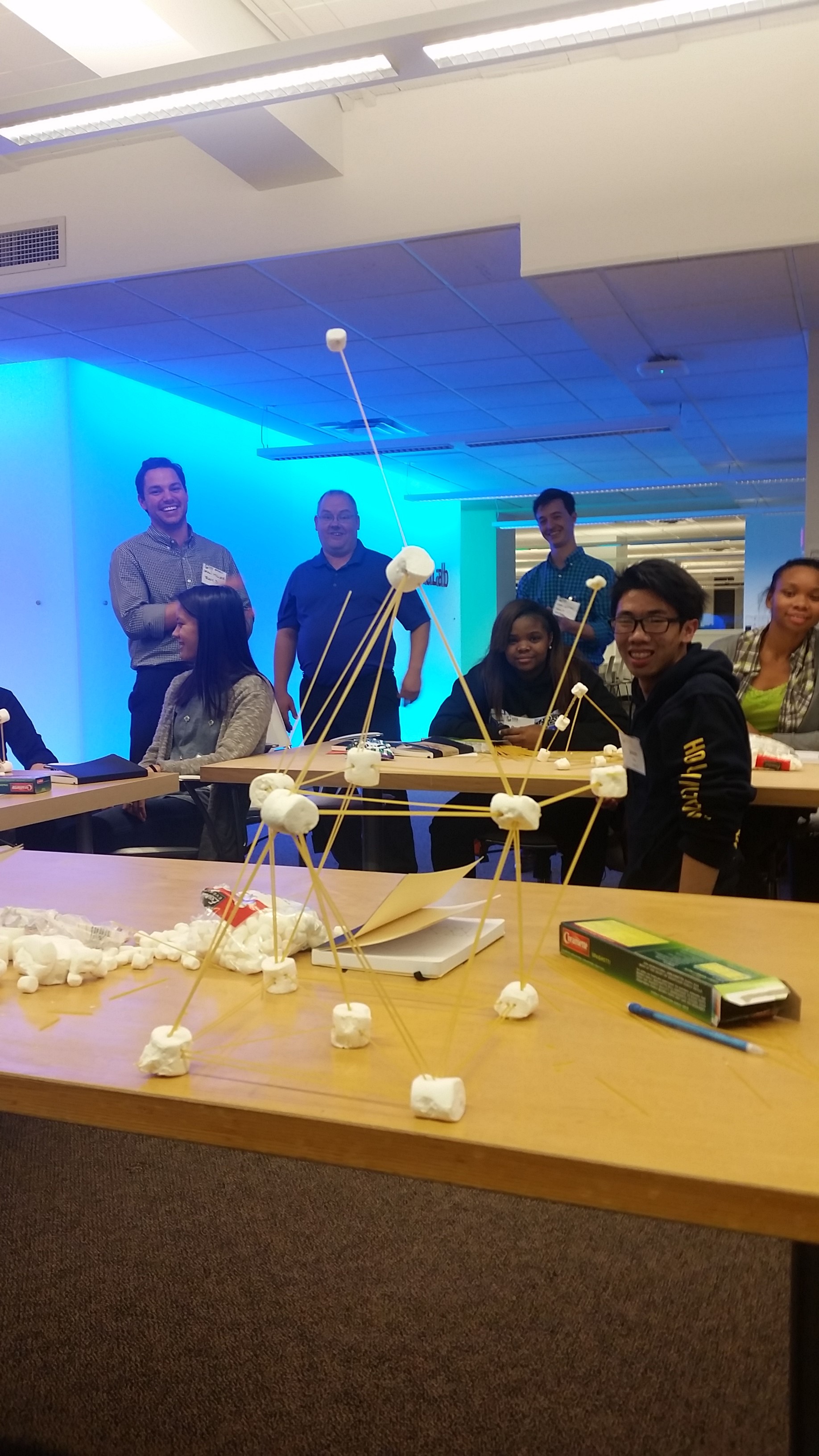 At Team 3’s introductory meeting, ARUP provided new moleskin sketchbooks for each student.  The moleskins are the students’ own… however we started the meeting by having each student draw a picture of “shapes and lines”.  After a minute or so we would have the student pass their notebook to the left, so that the picture could be drawn upon by yet another student.  Several iterations later, the students had come up with some pretty fantastic drawings!

The students played an “Occupational Dating Game”.  An Architect, Structural Engineer, MEP Engineer, and Construction Manager left the room, while the students called them and asked questions about each contestant’s occupation.  The students guessed each occupation correctly and the game finished with a perfect 4/4 score. 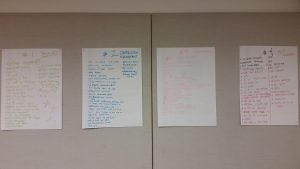 We then split the students into groups, gave out spaghetti and marshmallows, and challenged them to create the tallest and sturdiest towers.  The results were quite impressive – a successful and delicious exercise.